Who is He's The Solution Ministries? 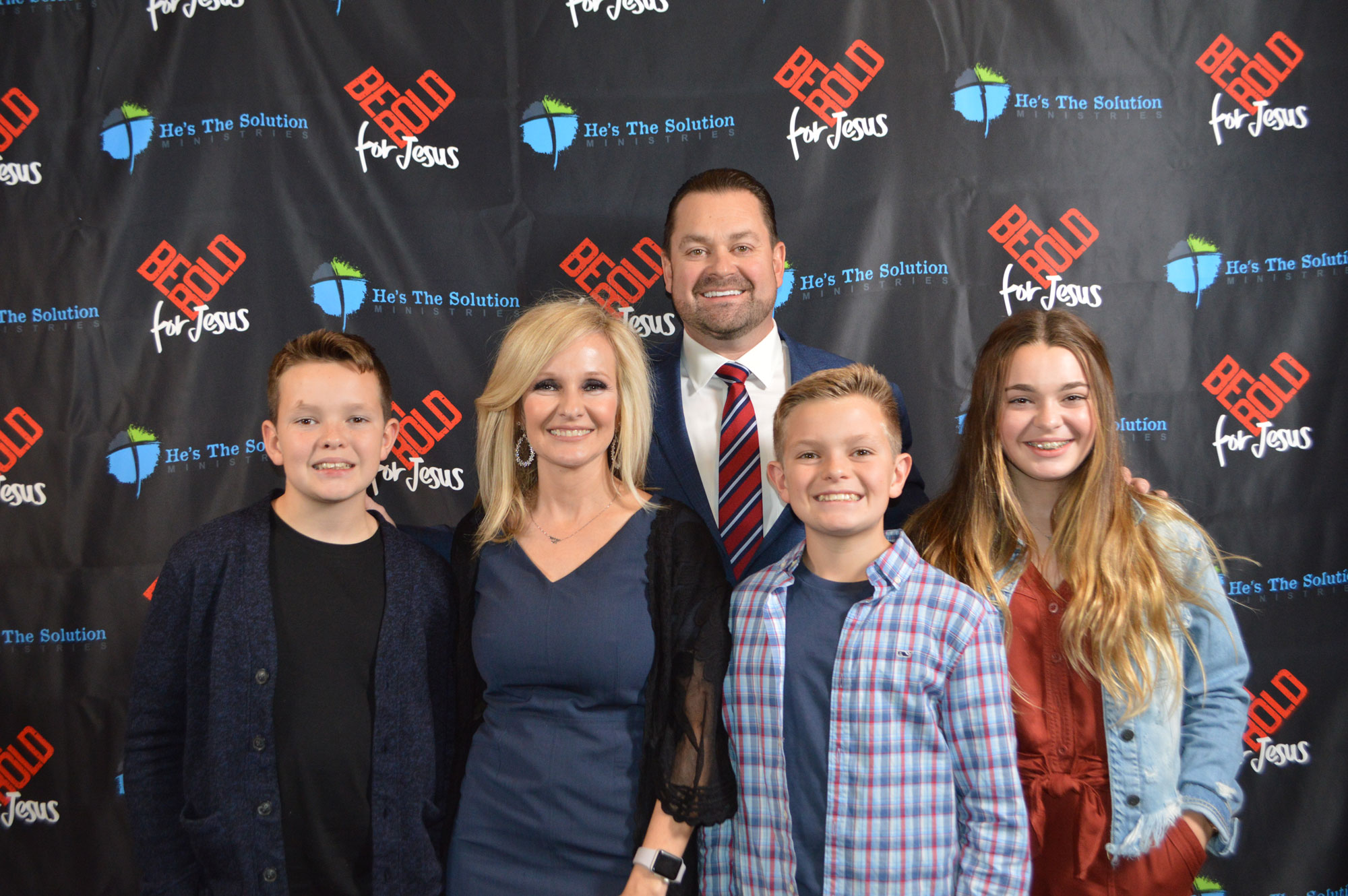 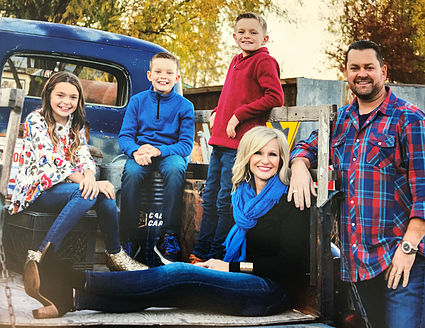 In 2008, Lee and Jaclyn Arnold lost nearly everything in the blink of an eye when the Real Estate market crashed. God had been tugging on Lee’s heart and at this moment He had his full attention! The Arnold family moved back to Lee’s home state of Washington and began to rebuild but this time with a different foundation, Lee and Jaclyn felt the Lord encouraging them that He needed to be the foundation of their business.

He’s The Solution Ministries, a non-profit 501(c)(3), is all about keeping God first, that foundation in which all of their current companies are built upon. Lee began teaching Bible Studies on Sunday mornings wherever his Real Estate trainings led him, and the ministry has continued to grow and transform to giving away thousands of Bibles each year to creating an annual Be Bold for Jesus conference that is focused on offering hope in a difficult world.

Those who attend Lee Arnold’s trainings or work for one of Circle of Wealth Companies will often hear Lee recognize that God is the CEO of these companies, and he is merely the facilitator. Lee and Jaclyn continue to find ways to minister in our surrounding communities by coming alongside some of the local ministries that feed the hungry or give to the needy, they are active in their home church. He’s The Solution Ministries desires to be about the work of the Lord and equip Christians to have Bold Faith in all aspects of their lives from home to business!

The sole basis of our belief is the Bible, composed of the sixty-six books of the Old and New Testament. We believe that Scripture in its entirety originated with God, and that it was given through the instrumentality of chosen men. Scripture thus at one and the same time speaks with the authority of God and reflects the backgrounds, styles and vocabularies of the human authors. We hold that the Scriptures are infallible and inerrant in the original manuscripts. They are the unique, full and final authority on all matters of faith and practice and there are no other writings similarly inspired by God.

We believe that there is one true, holy God, eternally existing in three persons — Father, Son and Holy Spirit — each of Whom possess equally all the attributes of deity and the characteristics of personality. In the beginning God created out of nothing the world and all the things therein, thus manifesting the glory of His power, wisdom and goodness. By His sovereign power He continues to sustain His creation. By His providence He is operating throughout history to fulfill His redemptive purposes.

The central purpose of God’s revelation in Scripture is to call all people into fellowship with Himself. Originally created to have fellowship with God, man defied God, choosing to go his independent way, and was thus alienated from God, and he suffered the corruption of his nature, rendering him unable to please God. The fall took place at the beginning of human history, and all individuals since have suffered these consequences and are thus in need of the saving grace of God. The salvation of mankind is, then wholly a work of God’s free grace, not the result, in whole or in part, of human works or goodness, and must be personally appropriated by repentance and faith. When God has begun a saving work in the heart of any person, He gives assurance in His Word that He will continue performing it until the day of its full consummation.

Jesus Christ is the eternal second Person of the Trinity who was united forever with a true human nature by a miraculous conception and virgin birth. He lived a life of perfect obedience to the Father and voluntarily atoned for the sins of all by dying on the cross as their substitute, thus satisfying divine justice and accomplishing salvation for all who trust in Him alone. He rose from the dead in the same body, though glorified, in which He lived and died. He ascended into heaven, and sat down at the right hand of the Father, where He, the only Mediator between God and man, continually makes intercession for His own. He shall come again to earth, personally and visibly, to consummate history and the eternal plan of God.

The essential accompaniment of a genuine saving relationship with Jesus Christ is a life of holiness and obedience, attained by believers as they submit to the Holy Spirit, the third Person of the Trinity. He was sent into the world by the Father and the Son to apply to mankind the saving work of Christ. He enlightens the minds of sinners, awakens in them a recognition of their need of a Savior and regenerates them. At the point of salvation He permanently indwells every believer to become the source of assurance, strength and wisdom, and uniquely endows each believer with gifts for the upbuilding of the body. The Holy Spirit guides believers in understanding and applying the Scripture. His power and control are appropriated by faith, making it possible for the believer to lead a life of Christ-like character and to bear fruit to the glory of the Father.

Death seals the eternal destiny of each person. For all mankind, there will be a resurrection of the body into the spiritual world, and a judgment that will determine the fate of each individual. Unbelievers will be separated from God into condemnation. God’s judgment will reveal His justice in consigning them to perpetuate in eternal retribution for their own rejection of God. Believers will be received into eternal communion with God and will be rewarded for works done in this life.

Sign Up For The Daily Dose of Boldness Email

Sign up to receive a daily dose of boldness delivered right to your email to start your day in the right direction and live a life of courageous faith despite what we face that day.

Connect with us through all aspects of the ministry including recorded sermons, info on events, and our latest blog posts conveniently on your mobile device! Sign into the messaging feature (top right text icon) to join our prayer group and connect with other Be Bold for Jesus Conference attendees.